I grew tired of my desktop background straining my eyes at night, so I sought an ergonomic solution.

which gave good advice, but offered a poor selection.

So I Googled some more, and stumbled upon (in my opinion) the perfect wallpaper. It never fails to bring me peace and focus during latenight labors. 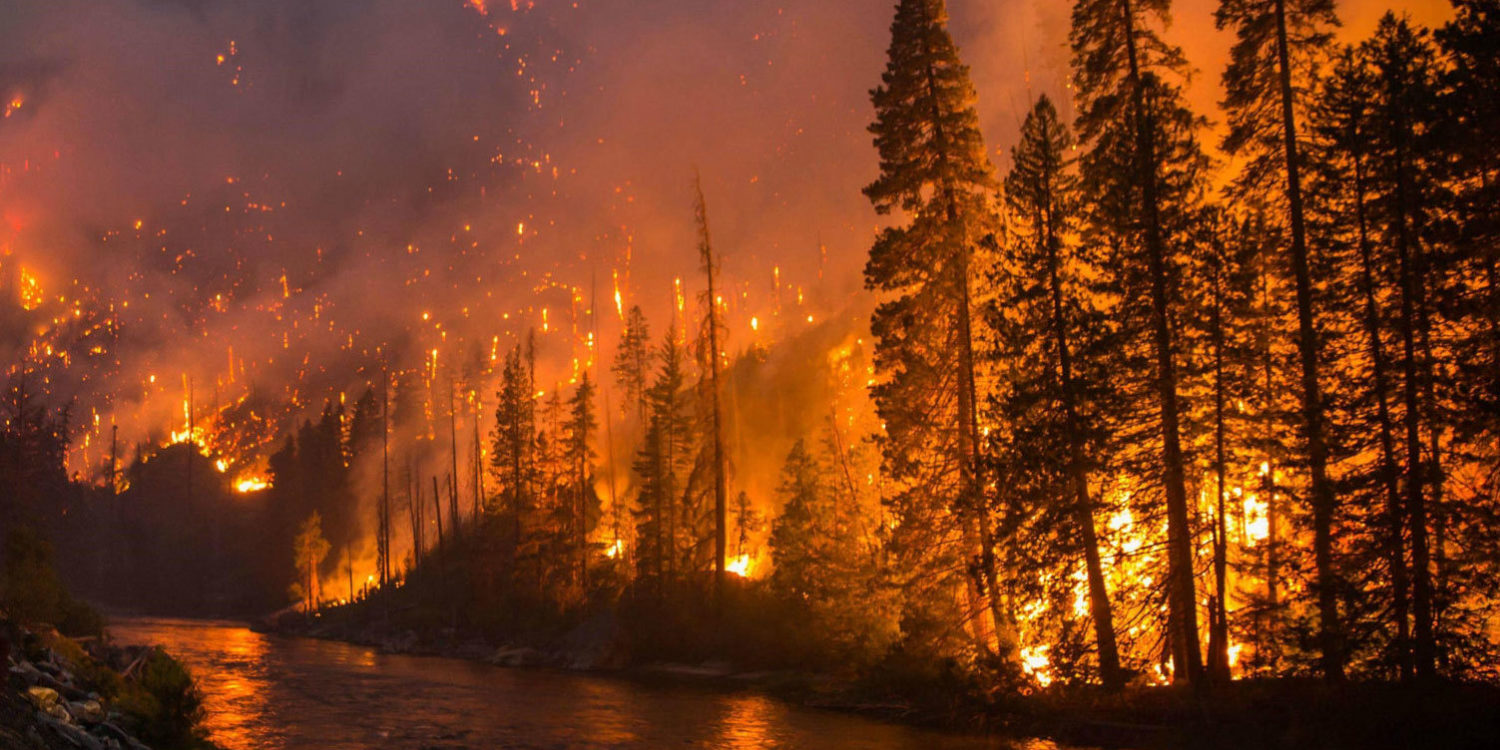 It survives stretching to fit well, leaving a black strip above and below on my iMac widescreen.

Why is it peaceful? Am I just a pyromaniac? Maybe.

But it's also similar to a log fireplace. And the fire is less alarming when you're standing safely in water (dodgy survivalism, sound aesthetics).

Hell isn't a traditionally peaceful concept. My understanding of it is somewhat unorthodox. Evil people create a hell on Earth, as in the aquariums of Pyongyang. When a human dies he leaves the material plane, and is surrounded by his spirit's aura instead of matter. If he is dark, he will descend to a hell with others like him; if he is bright, he will ascend to a heaven. This is God's spiritual law, but an eternal "punishment" doesn't exclude redemption. The eternity of the spirit world is like 3-dimensional time, whereas incarnate humans experience only linear time. Jesus preached to hell after his crucifixion, and can do so again at will. So to me, hell is a natural and necessary process of purification, just like what happens in nature to dead wood that builds up in a forest. The water represents God's mercy even in hell. (With that said, I don't believe everyone goes to heaven eventually. Free will continues in hell, so one can become better or worse.) One needn't agree with my understanding; I merely suggest it as a way to see peace, nature and balance in the flames.

By day, I use a green and blue wallpaper, the colors recommended to make humans happiest. (Think about all the green and blue in the iconic original Mario Brothers.) So at night it feels right to have an awesome forest blaze for contrast. ☯

And the LORD went before them by day in a pillar of cloud to lead the way, and by night in a pillar of fire to give them light, so as to go by day and night. 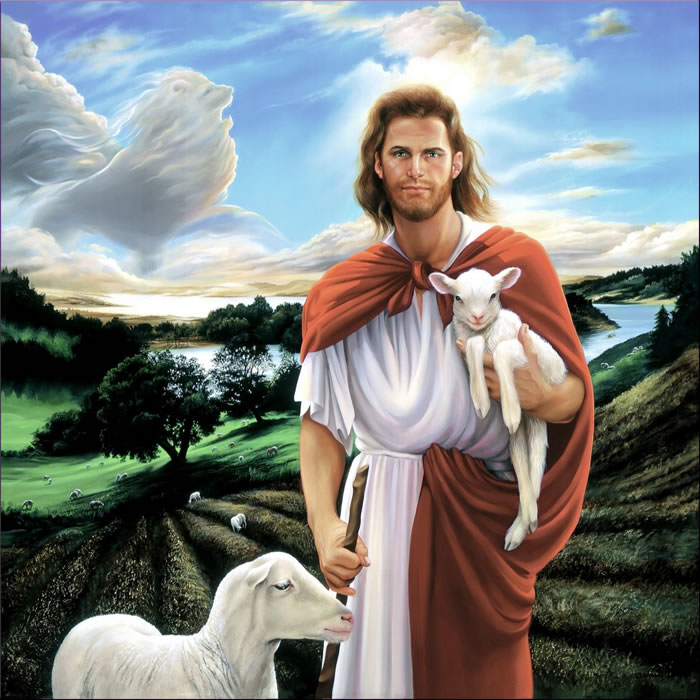 "The Lamb and Lion" Jesus portrait is by Glenda Green. Its profound symbols are excellent subjects for workday meditation. His face resembles the Shroud of Turin reconstruction.

The symbols in this portrait need no unorthodox interpretation. The sun of Jesus' halo is God. The lamb is innocence fostered by the good shepherd, while the ewe shelters contentedly beneath the rod of his authority, a simple walking stick. To his right are the open plains and seas of the righteous warrior path, symbolized by the cloud lion of Judah. The lion is a cloud because Jesus vanquishes evil without shedding blood. To his left is a fertile river valley, winding into mystery, the feminine path of peace. Every soul needs some of both. The rising foreground alludes to hind's feet in high places, the infinite ascent towards God. The portrait makes clear that heaven is effortlessly more powerful and real than the material world or hell. It awakens one's soul memory of higher things, and sets one's fears in eternal perspective.

Try the wallpapers and see whether your soul likes them. Honestly I was surprised at the difference.

How does your second picture fit well with your widescreen?

It doesn't. The portrait fits vertically, so about half the screen is black background, on either side.

At first setup, I was disappointed. Now I prefer it this way.

A full-width background is distracting for daytime work. At high energy, I want to focus, not be distracted by visually interpreting portions of background visible past open windows. I also don't want to hunt for desktop icons camouflaged by wallpaper.

When I want to take a break and "look out the window", I just minimize all open windows and meditate on the green vista for a bit.